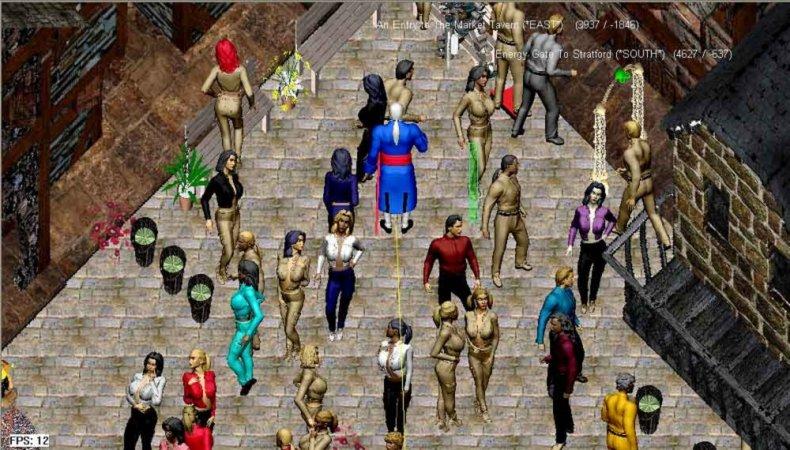 The design of the game is not that great. Once you know what you are doing, it is fun, but it may take some practice to get to that point. Sociolotron has an outdated design that resembles old computer games, from the 90s and early 00s. It is not fluid or aesthetically pleasing. As long as you can get through that, you will love the content of the game.

5.8
Total Score
5.4
User Score
5 ratings
You have rated this

Sociolotron is about sex, rape, murder, and blackmail. It is a game that uses the darker side of life to create adult entertainment. From having sex with an NPC to killing monsters, it has it all. You can compare many aspects of it to popular games from the 90s and early 00s, especially when looking at the style and overall design. It is like a very early Runescape, but with a lot of adult content to it. Most of the fun here comes from the players, though. While there is plenty of content to explore, it is interactions between the players that makes it such an intriguing and addictive game.

Sociolotron is not an easy game to download and get running. It has a very primitive design to it, and downloading it is not as straightforward as it is with other titles. It can be a bit of a hassle for some. After making the payment, which is 10 dollars per month to play, and downloading the game, you will head right over to character creation. You can choose the appearance, title, and stats of your character here. These will play a role in your character’s abilities later on in the game when having sex and battling. 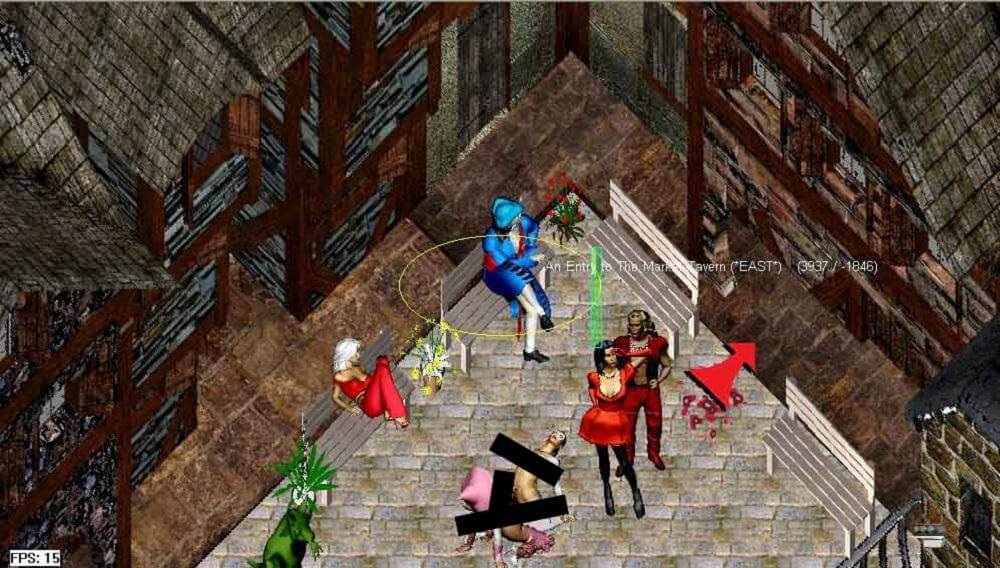 As you explore this world, you will meet other players and NPCs. You can talk to them, convince them to have sex, murder them, rape them, and do any number of things with them. The sex part of the game offers a large selection of positions and moves, allowing you to get some variety in your sex life. You can have sex with any gender and any person that you see. It is a bit difficult to get the hang of it, as you will need to grab an NPC, but it is worth it.

Murder and blackmail are exciting, too. When you play along with other players, you can begin to learn more from them, you can get a good story going on between you, and you can get into the experience. Murder them, blackmail them, rape them, or become friends with them, or any combination. 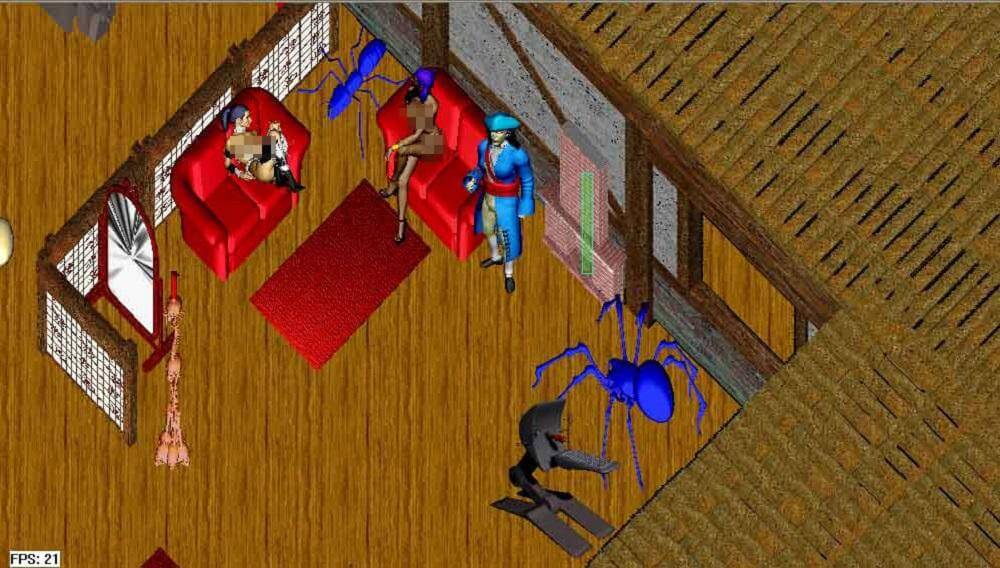 Fighting is possible here. There are monsters throughout Sociolotron, and you can battle them. As long as you have the appropriate armor and weaponry, you can take them down. As you fight, you can seduce the monsters. This will make them vulnerable to attacks, making it easier for you to defeat them.

You have the choice to call up friends that you make if you want to explore together or do any number of things together. Continue to make friends and fill up that call book. 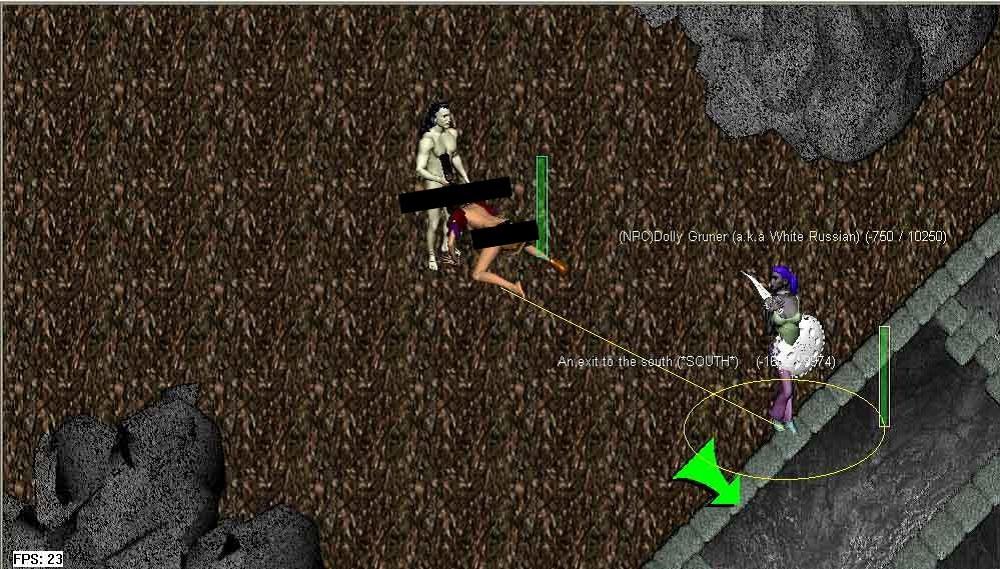 The design of the game is not that great. Once you know what you are doing, it is fun, but it may take some practice to get to that point. Sociolotron has an outdated design that resembles old computer games, from the 90s and early 00s. It is not fluid or aesthetically pleasing. As long as you can get through that, you will love the content of the game.

by gamer on November 25, 2018
Sex sells – and you are going to make sure of that in Big Bang Empire. This game puts you in the position of an adult movie star, trying to make your way in the business any way you can. Create your star, create your studio, and create your films. Fight against other studios and […]
8.3

by gamer on November 25, 2018
Vegas World gives you a new gaming and gambling experience. You have slots, poker, and bingo rolled into one social game. It puts you in an online casino hotel environment. You can play games, socialize with other players, customize yourself, and stay in a nice room. You have everything available to you here. Whether you […]
9.5

by gamer on November 25, 2018
Adult fun in 3DXChat is better than you could ever expect. This game offers players the chance to hang out, chat, and have sex. You can go from exploring to getting down and dirty with other players in mere minutes. Having the chance to explore, both the land and sexual activities, makes it perfect for […]
8.9

by gamer on November 25, 2018
Excitement online is not always easy to find. As an adult, you have to get more creative to find something that you find truly engaging. If you are looking for something sexual, something that will arouse and interest you, then you want to check out Chathouse 3D. It is a chat and sex game that […]
9.3

by gamer on November 25, 2018
What is Our World Our World is a wonderful virtual world for interacting with other players around the world and joining game lounges for a whole lot of fun! You can walk around and comment on other player’s outfits, make new friends by sharing conversations, invite players to become friends and even email others through […]
Check it Out